Protecting Your Ears When Shooting 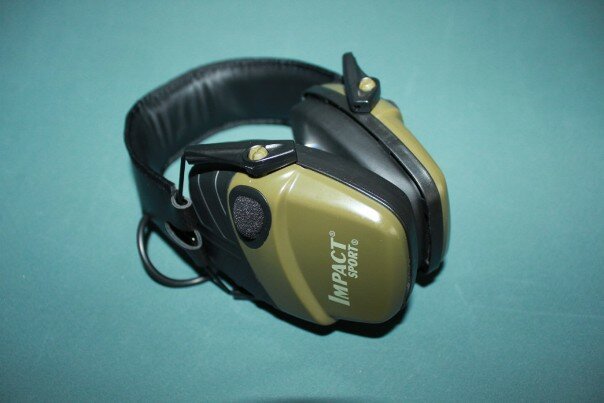 Ear protection is very important for shooters and hunters. Unfortunately, not everyone understands this, and the means of protection are often neglected. But hearing problems tend to accumulate, and if you do not care about protection in your youth, then with age you may be overtaken by partial or even complete deafness.
Even if visiting a shooting range doesn’t make you uncomfortable, that doesn’t mean you don’t need ear protection. It is better to prevent problems than to try to treat them later. To help you, in this article we have compiled a list of the most popular ear protectors when shooting.

The easiest and most reliable way. However, modern technical progress has made even these devices complex and technologically advanced. But let’s start with the elementary options – the simplest earplugs can be made on their own right on the shooting range – from a piece of soft cloth, cotton wool, etc. Some even manage to use spent cartridges as earplugs. 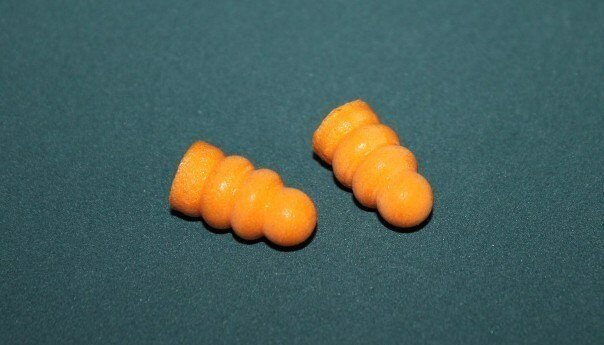 A more practical option is to buy commercially made earplugs. They are made of a soft porous material or silicone, which easily fits into the ear canal, adapts to its shape and reliably prevents the penetration of loud sounds. The main disadvantage of such devices is that you will not hear anything at all, not just shots. And pulling them out every time to talk is still a pleasure, especially if you shoot with gloves. This problem is solved by electronic earplugs – devices that can filter noise by frequencies and decide which sounds can be passed. For example, in them you can block the noise of a shot, but at the same time you can clearly hear conversations. The average cost of ordinary earplugs is 100-200 rubles. Electronic ones will cost much more – from several thousand to several tens of thousands of rubles. But even such earplugs do not completely cover the auricle, which means they are not able to completely protect you from noise, especially when shooting with large calibers.

Another, more traditional method of protection is headphones. The easiest option is the so-called “passive” models, in which there is no electronics. Just two plastic hemispheres filled with sound-absorbing material. There are both specialized shooting headphones and ordinary construction headphones. 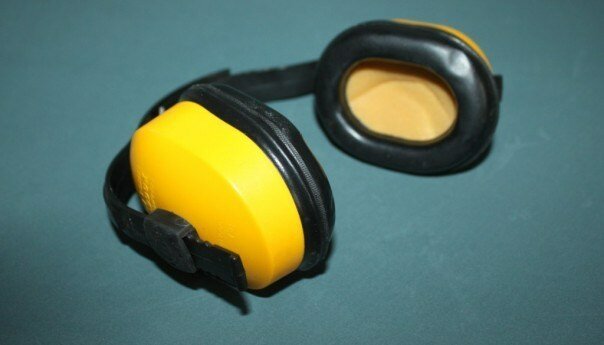 But do not rush to save money – conventional working models are less reliable and convenient for shooters. First of all, we are talking about the idea of ​​the form, because such devices do not provide for the fact that they will be fired from long-barreled weapons. They have bowls in the form of even convex hemispheres, which is why they often rest against the butt and interfere with aiming. These models are only suitable for pistol shooting. Shooting headphones have a more flattened shape with bevels at the bottom. Passive headphones reliably protect your ears from the noise of shots, it is much more convenient to talk in them – you just need to move one “ear” aside. But the most comfortable will be the so-called “active” headphones with built-in electronics. They have speakers, microphones that capture external sound, amplifiers and mufflers. They can also filter sound, dampening loud noise from gunfire and amplifying quieter sounds. 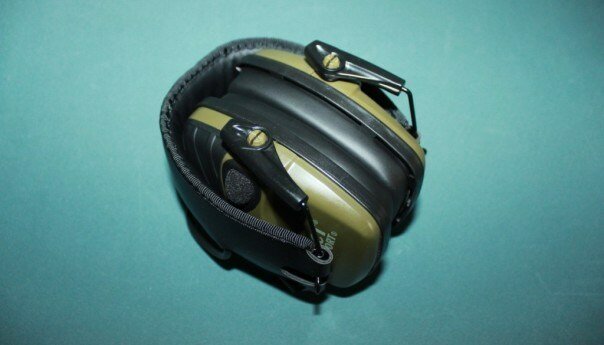 It sounds great, but you need to take into account that only high-quality devices will give the desired effect. Cheap Chinese models are unlikely to allow you to enjoy shooting.

Another way to protect your ears suggests coming in from the other end – not to protect your ears, but to try to make the sound of the shot itself quieter. Yes, many can rightly say that the use of mufflers by individuals is prohibited with us. Fortunately, recently this problem has begun to be solved – not by changing legislation, of course – but by the tricks of the manufacturers of such devices. Recently, the so-called closed-type DTK have appeared on sale – according to the documents, these are not mufflers, but namely muzzle brakes-compensators. At the same time, everyone understands that their main quality is precisely the reduction of the noise of the shot, and they buy them precisely for this. Formally, these devices do not violate the letter of the law, since they do not completely remove the sound of a shot, and partially up to an acceptable limit of 30-40 dB.

With a closed DTK, you can not be afraid both for the shooter himself and for those present nearby at the shooting range or hunting. True, if you have other shooters with noisier weapons, then you will still need protection. Well, you need to take into account that such a solution costs much more. 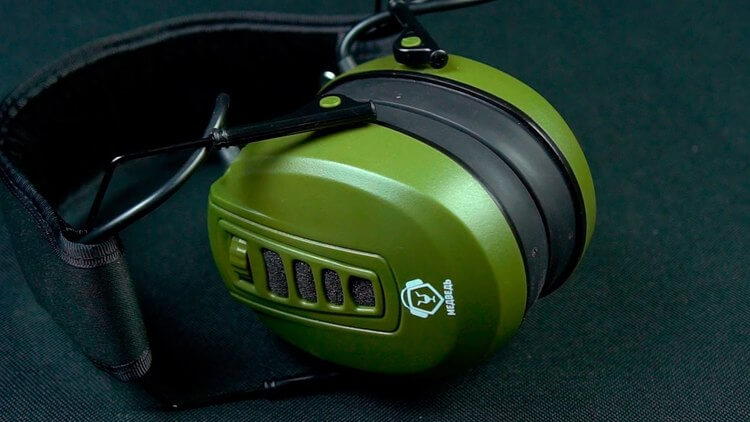 Active headphones for hunting are represented in the SHOTHUNT series – acoustic devices specially designed to dampen the noise from shots, while improving the perception of important sounds. The devices of the well-known Italian company were very popular at the IWA & OutdoorClassics 2017 in Nuremberg – both young and experienced shooters tried to test the headphones.

Someone was interested in the reliability of protection, someone wanted to know how well they amplify important natural sounds. Regardless of the goals, all testers were impressed with the quality of the SHOTHUNT active headphones.

There are three models in this series:

SHOTHUNT – PBS is a model for athletes. These high-end active headphones are available in blue. With their help, shooters can concentrate on the target, ignoring interference and distractions. The SHOTHUNT PBS model instantly automatically mutes all harmful sounds, protecting your hearing from gunshots and prolonged loud noises. At the same time, they reproduce all natural sounds without muffling or distorting them.

The earbuds are powered by one type 10 battery – it provides up to 130 hours of continuous use. This model has three listening amplification stages that can be selected with a dedicated switch.

Each of these programs attenuates sounds above 33 dB.

SHOTHUNT – Standard – active hunting headphones that allow hunters to communicate with each other via radios, radios or telephones.

The model is available in orange and brown colors. The 312 battery is used for power supply, which provides uninterrupted operation for 210 hours. The headphones are equipped with a potentiometer that enhances natural quiet sounds: birds chirping, animal footsteps, etc. With precise directionality in a 360 ° radius, the device can effectively locate the sound source. This is an especially important feature for dog hunters. Its light weight and design make it ideal for sneaking around. All models muffle harmful sounds over 33 dB. 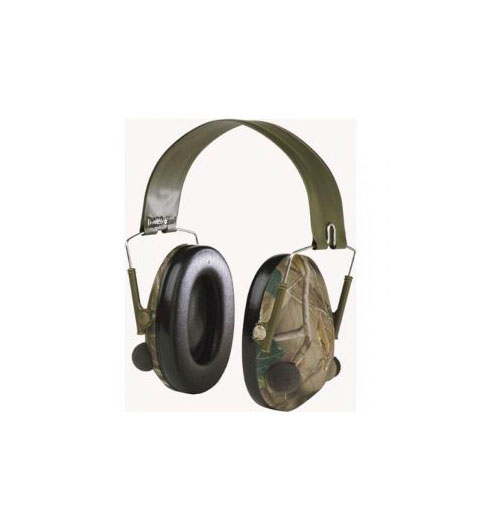 SHOTHUNT – Wireless— “hunting” model. This model is specially designed to allow hunters to communicate via mobile phones, radios or walkie-talkies. The headphones are available in two colors – orange and brown. This device retains all the distinctive features of the previous model, but can also be used as a headset when organizing personal radio communications. For this, a magnetic induction antenna is used. It comes with headphones.

The antenna is attached to the neck, creating a magnetic field, through which the signal is transmitted to the receiver – it can be a personal radio, as well as a mobile phone. The signal can also be received by other models if they are equipped with this antenna. The Wireless then amplifies the signal, converting it to sound. You can start a communication session using the PTT button – press it and start speaking into the microphone located on the same button.

This website uses cookies to improve your experience while you navigate through the website. Out of these, the cookies that are categorized as necessary are stored on your browser as they are essential for the working of basic functionalities of the website. We also use third-party cookies that help us analyze and understand how you use this website. These cookies will be stored in your browser only with your consent. You also have the option to opt-out of these cookies. But opting out of some of these cookies may affect your browsing experience.
Necessary Always Enabled

Performance cookies are used to understand and analyze the key performance indexes of the website which helps in delivering a better user experience for the visitors.

Analytical cookies are used to understand how visitors interact with the website. These cookies help provide information on metrics the number of visitors, bounce rate, traffic source, etc.

Advertisement cookies are used to provide visitors with relevant ads and marketing campaigns. These cookies track visitors across websites and collect information to provide customized ads.

Other uncategorized cookies are those that are being analyzed and have not been classified into a category as yet.